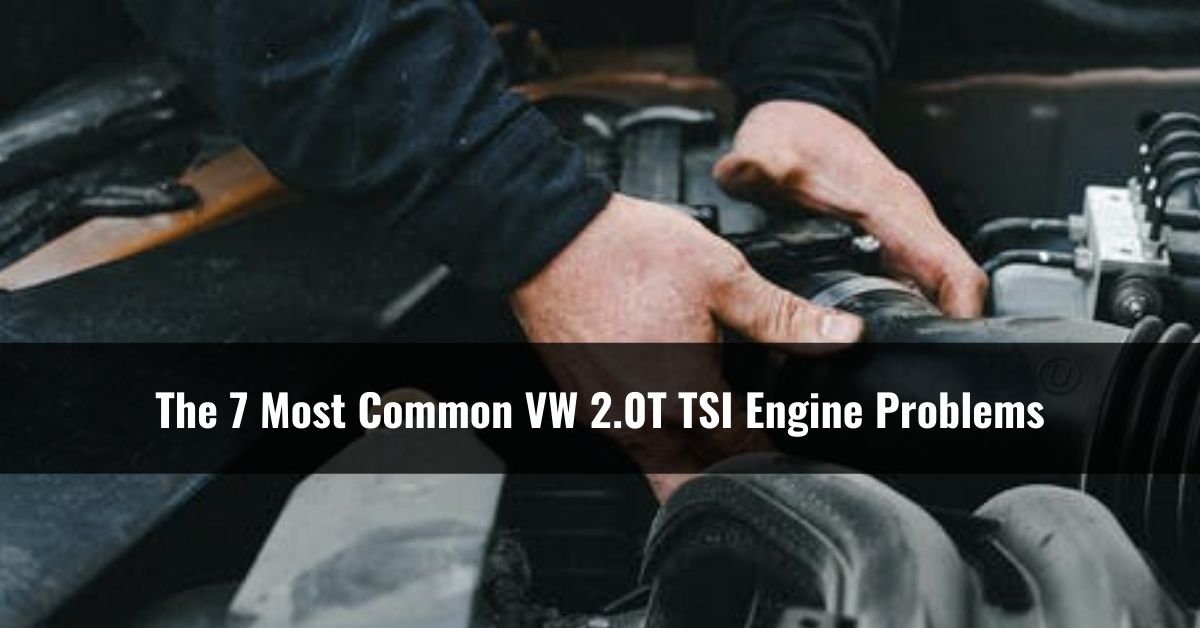 The 2.0T TSI engine was available in the Volkswagen GTI, Jetta, Passat, CC, Eos, Tiguan, and Beetle, as well as the Audi A3 and MK2 TT. If you have trouble with your car engine problem, then I can fix it with the best solutions.

Today I will talk about Volkswagen 2.0T TSI Engine issues. I’ve created a list of issues that Volkswagen engines often go through.

Here are 7 problems most common in VW 2.0T TSI Engine

Let’s discuss it in detail

1. Leaking or clogged fuel injectors on the 2.0T TSI

On the 2.0T TSI, Symptoms of Bad Fuel Injectors

Fortunately, instead of all four failing at the same time, fuel injectors normally only fail one at a time. Here are some of the most prevalent failure indicators:

Water pumps are in charge of moving liquid (cooling system) through the engine and radiator systems. They are heavily pressured and subjected to high thermal gradients, just like fuel injectors.

The degradation of the sealing or a breach in the housing is the two most common causes of water pump leakage. These water pumps are known to fail every 50,000 miles on some VWs. Due to the possibility and universality of failure across all VW engines, there have been a number of related litigation and recalls.

Misfires / Faulty Ignition Coils or Spark Plugs is one of the common problems of a vehicle’s engine if you ignore it and can irritate you.

Symptoms of a 2.0T TSI with Bad Ignition Coils

4. Failure of the Timing Chain Tensioner

Engine timing and spinning the intake and exhaust camshafts are controlled by timing chains. The adjuster in charge of the process will be conducted to the guide rail which then keeps the tension on the chain tight.

The Signs and Symptoms of a Faulty Timing Chain Tensioner

PCV Valve Failure is a common problem. A faulty PCV valve is not only harmful to the environment, but it is also bad for your engine, causing a variety of performance and other concerns.

Signs of a Faulty PCV Valve on a 2.0T TSI

A diverter valve regulates boost pressure and returns boosted air, often known as “charged air,” to the motor. When you take your foot off the gas pedal, it opens up, allowing air to flow back into the intake system. When the diverter valve malfunctions, it will be unable to completely open or close.

Remember how we talked about gasoline injectors at the start of this guide?

Yes, those items are to blame for the situation. Injectors deliver extremely high-pressure gasoline to the engine. As a result, the HPFP must be in charge of pressurizing and producing high-pressure fuel for the injectors to spray into the motor.

An LPFP, or low-pressure fuel pump, is included in each of these engines and is capable of injecting gas from the gas tank to the HPFP system.

The injectors won’t be able to effectively supply the engine with enough fuel if there isn’t enough fuel flow, which can cause a variety of issues.

The Signs and Symptoms of a Failed HPFP

A car’s engine is similar to its heart. In order to keep your car going, it must run smoothly. Regular car maintenance and car care can keep your vehicle’s engine in the best form. It is necessary to replace and repair engine parts periodically.

Well! Bring your car to the European car specialist, the DAS Center.

We are recognized to be one of the most trusted stand-alone garages for luxury car care in all of the U.A.E.