The First Solar Car in UAE 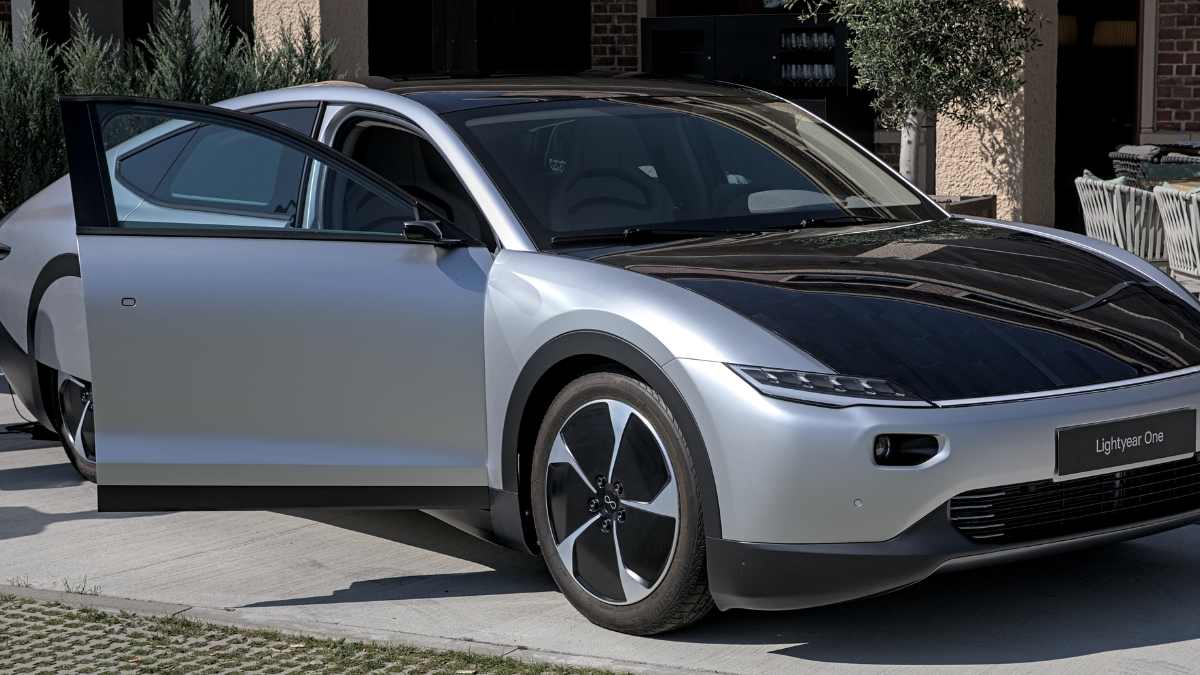 The UAE has a long history of having an oil-dependent economy. To lessen dependency on fossil fuels, the government has had to implement a number of adjustments in this period of sustainability.

One such endeavour in this manner is the EXPO 2020, which has been an enormous success. The nation has sent a clear message to the rest of the world by emphasising fundamental ideas like sustainability, mobility, and opportunity: a revolutionary switch is taking place, and it won’t involve oil!

The UAE has achieved incredible heights in terms of smart, energy-efficient, and environmentally friendly technology because of its ongoing investments in scientific research and development. The recent partnership between the Sharjah Research Technology and Innovation Park (SRTIP) and the Dutch company Lightyear is a notable example. The First Solar Car has Arrived in UAE. Together, the group is upending the auto industry by introducing the first solar car that is ready for mass production. By the end of next year, it should arrive in the area.

The Lightyear 0 is built to run entirely on solar power. Its designers claim that you can drive it for nearly 7 months without recharging. The car is being promoted for sale for USD 244,000 before it is released in the European market, but no pricing has been set for the UAE market as yet.

The United Arab Emirates had long been referred to as a “desert country” that had grown under visionary leadership in the eyes of the outside world. However, being described as a desert is used negatively in this perception. The UAE, on the other hand, is a prime example of growth that is grounded in tradition and originality. In order to find new ways to develop in a way that is suitable for the area, the nation constantly strives to do so. Having this trait makes you a great leader.

A great example of utilising desert elements for human benefit is significant expenditures made in the promotion of solar energy. The nation is well-suited geographically to allow the utilisation of solar electricity. The substantial quantity of sunshine hours and the high temperatures are major benefits. The UAE is already the third-largest solar energy producer in the world, making it the ideal location to test and validate Lightyear’s solar extender solutions for electric vehicles.

The creators of Lightyear have also cited the weather as a justification for continuing the collaboration. They want to examine how solar-powered automobile performs at various temperatures. This is a crucial factor to take into account while looking at the future because climate change has speedier effects.

Lightyear has high hopes for Lightyear0’s performance in the United Arab Emirates. In fact, they assert that because of the abundant solar energy in the UAE, drivers will likely never have to worry about plugging in their solar-powered vehicles.

This would be the first solar-powered vehicle to successfully complete the experimenting stage and be put on the market if the initial testing period is a success. As a result, the UAE would be well on its way to making it one of the biggest advances in sustainable mobility and securing its position as a global leader in sustainable living.